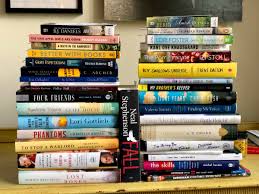 The library has completed an audit of accounts blocked due to overdue fines of $25 or more, and has restored 439 accounts to good standing. This means that more than four hundred people – including 131 children — will once again be able to use the library. In conducting the audit, library staff learned that the most common items that were returned overdue were children’s items.

In January, the American Library Association’s governing council released a resolution identifying monetary library fines as an economic barrier to library use, and encouraging libraries to re-assess the collection of fines. However, the issue has been a topic of interest for Library Director Kirsten Brodbeck-Kenney for much longer. “We held a major fine amnesty back in 2016, offering to forgive overdue fines for anyone who came to the library,” she says, “and what we found is that for many people, even the fear of having a library fine was enough to keep them away. We also learned that research doesn’t support the idea that fines encourage people to bring their items back on time.” For patrons such as children, teens, and people with disabilities who rely on others for transportation to the library, the risk of running up large fines is greater, and these same patrons often lack the monetary resources to return their account to good standing. “For someone on a fixed income,” says Brodbeck-Kenney, “accumulating $25 in fines might mean that they have to choose between groceries or using the library. We don’t want folks to have to make that choice.”

Patrons will still be expected to return their items to the library on time. If an item is kept for six weeks past the due date, the patron will receive a bill for the cost of the item. This bill will be automatically removed from the account if the item is returned to the library in good condition.

All residents of Lincoln County are eligible to receive a library card at Driftwood Public Library. All that is required is photo ID showing your Lincoln County address. If you’re new to the area and haven’t changed your ID over yet, bring your current photo ID along with something that shows your name and your physical Lincoln County address (a utility bill or piece of first-class mail are the most common documents we can accept). Visiting? No proof of address? No problem. DPL offers a Provisional Card to those who are in the area temporarily or who cannot provide proof of address. This card allows for two check-outs at a time as well as access to the library’s electronic materials. It is good for 90 days and can be renewed. Library staff encourage anyone who is not sure if they qualify for a card to call or stop by the library!

For more information, please contact Kirsten Brodbeck-Kenney at 541-996-1251, or via email at kbrodbeck-kenney@lincolncity.org. Driftwood Public Library is located at 801 SW HWY 101 in Lincoln City on the 2nd floor of the City Hall building, across the street from Burger King and adjacent to McKay’s Market.

DUE to COVID-19 meetings may be cancelled or held remotely. Please check www.lincolncity.org for the most up-to-date information at this time.

Coffee with the Mayor is cancelled at this time.